Guitar Lesson 9: Getting rocktastic with pinch harmonics and the tremolo bar 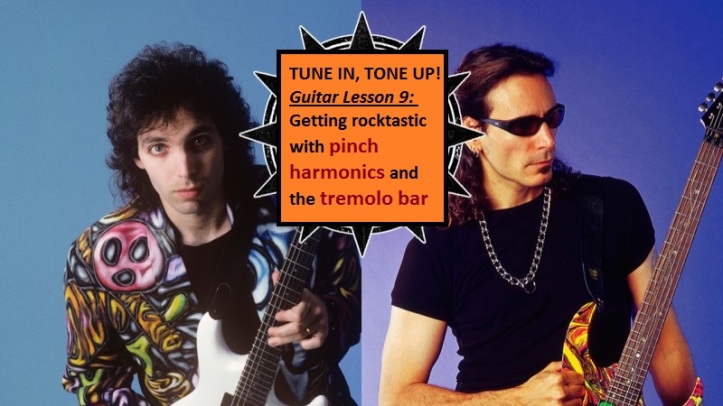 This lesson came about as a result of the purchase of a new guitar for my 40th birthday.  As I have never owned a guitar which has a tremolo bar or one so well set up for advanced techniques and ideas, I wanted to look at some of the things it could do and what to practice.

Dan, as always, was full of ideas and suggestions.  This lesson might be a little more advanced than some of the more recent lessons we have published in our podcast, but full of useful techniques and tips following this theme.  The pinch harmonic idea has been widely used in Heavy Metal and Rock by guitarists such as Zakk Wylde, Billy Corgan, Randy Rhoads and Steve Morse and artists such as Eddie Van Halen, Joe Satriani and Steve Vai use them along with the whammy bar to produce wailing notes from the instrument. 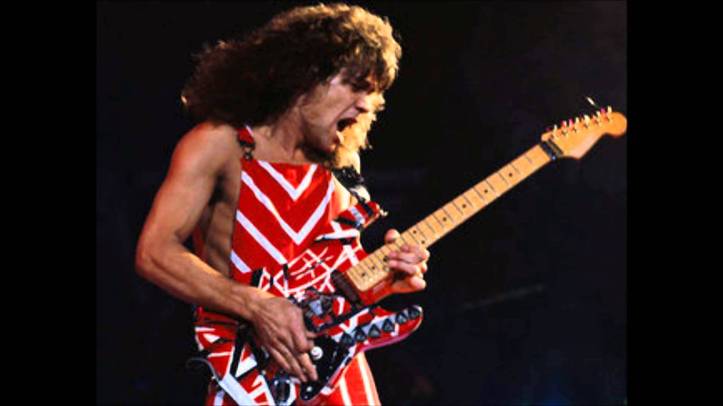 This post follows this theme and includes my research into additional listening, video techniques and demonstrations.  Don’t forget to look to the bottom of my post for further research and listening – I have attached some good videos to use.

Our podcast episode is here:

This is a good additional video to use to help you with your pinch harmonics:

Good for dive bomb effect, dropping the whammy bar with a trill, pinch harmonics and he does cover the flick of the tremolo with the bar to the back of the guitar:

A Satriani masterclass on using the Whammy bar.  Great ideas.

Steve Vai demonstrating his use of the Whammy bar:

A good quality video with some good ideas – make a neighing horse sound, using harmonics and other ideas:

Tune in, Tone up! with Dan Davies and me, Gary Shilladay. TITU features Dan Davies, an accomplished all-round guitarist and podcasts of my lessons with him. Our guitar lessons are released each fortnight on SoundCloud, iTunes and Stitcher. Featured here are show-notes and further research to help you gain the most from the podcast. Get in touch if you want lessons in person or on Skype.

External blogs by Tune in, Tone up!