Guitar Lesson 17a: Playing an acoustic guitar effectively and some rhythmic tricks and ideas

Guitar Lesson 17a: Playing an acoustic guitar effectively and some rhythmic tricks and ideas

There have been some really successful guitarists who are classed primarily as acoustic artists: Andy McKee, Tommy Emmanuel, Laurence Juber, Ed Sheeran and Rodrigo y Gabriela to name but a few.  There are still others who are perhaps more known for their work using electric guitars who have then performed using acoustic or releasing an acoustic album: Eric Clapton, Eric Johnson, Alice in Chains, Nirvana and the Foo Fighters all have acoustic performances and albums worth checking out. 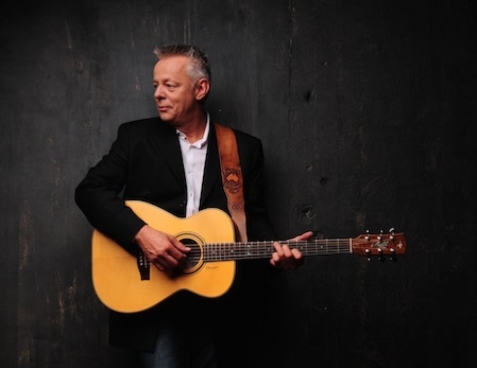 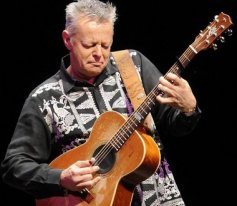 What is it that makes the acoustic guitar such a prevalent instrument in the trade?  It has a certain atmosphere and tone which draws people to it and can create a different colour to a song which has already been recorded as an electric song.  For me, I like the portability and ease of setup which you get with an acoustic guitar and find that it is easier to pick up and strum and sing along to, than an electric which requires some plugging in and playing with the sound to get the desired tone.  A really nice acoustic guitar has some beautiful harmonics and a ringing sound to it when played and it can be quite inspiring, perhaps particularly for singer/songwriters who may need or want that ‘raw’ sound when writing music.  It can be argued that it strips away an element of distraction which might be gained from pedals, amps and other gear.  This can be a good starting place for creating music.

In this lesson Dan and I look at the topic of playing acoustic guitar.  In particular, Dan comes at this topic from the perspective of viewing the acoustic guitar as an entirely different instrument to an electric and then from this how to play rhythm to the strength of the acoustic instrument.  Our next podcast – 17b – will tackle the question I ask of Dan which is how to add dynamics and include a punchy solo when playing in a group setting.  The last thing you want is to get to the solo and require a massive volume decrease from everyone in order to be heard.

The remainder of this podcast involved some hints and tips for playing dynamically with others and getting the most out of your alternate tunings.

Keep listening for next week’s advice on soloing in an acoustic band.

If you want a preview of some of our future lessons along with Dan’s amazing guitar playing, here completely unrehearsed and very much impromptu, then see our developing YouTube channel: Subscribe and keep in touch with us here: YouTube channel.  I’ll link our first three videos at the bottom of this page.

I think it worth mentioning some of my own personal favourite acoustic guitarists:

Tommy Emmanuel – if you’ve not yet seen this video, then get watching:

Andy McKee – He came to global attention with the first video and then here he is with another version of Purple Rain:

Luarence Juber – what a player!

Three greats together (including Ritchie Sambora!)

If you’ve not yet seen the great Rodrigo y Gabriela, here’s a great video of their incredible style and playing:

Tune in, Tone up! with Dan Davies and me, Gary Shilladay. TITU features Dan Davies, an accomplished all-round guitarist and podcasts of my lessons with him. Our guitar lessons are released each fortnight on SoundCloud, iTunes and Stitcher. Featured here are show-notes and further research to help you gain the most from the podcast. Get in touch if you want lessons in person or on Skype.

External blogs by Tune in, Tone up!